Nebraska School of Gymnastics seeks to provide a fun, safe, and high-quality gymnastics program to all ages and levels in Lincoln, Nebraska. At NSG it is our duty to give your child- no matter their capability- positive and helpful instruction in the sport of gymnastics.

NSG strives to help all participants reach their full potential mentally and physically. We uphold a fun and creative environment in which your child will know how valued they are as a part of our program.

With the help of a state of the art facility, thanks to the University of Nebraska Gymnastics program, and our highly successful team of coaches, we will provide an environment that cultivates positive life skills of confidence, trust, teamwork, and responsibility. NSG will evoke a sense of pride in both the parent and child with all their accomplishments.

We hope that after your child moves on from their gymnastics career at NSG, they are able to take away the lifelong benefits that our program provided. 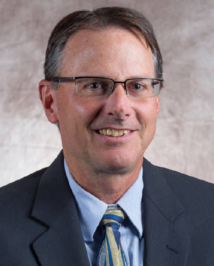 Chuck Chmelka enters his eighth season as Nebraska’s head coach prepared to lead the Huskers through their sixth season in the Big Ten. In his last six years as NU’s head coach, he has helped produce four top10 NCAA finishes.

The Huskers made a run in the postseason as well. Daniel Leal placed second on parallel bars at the 2016 Big Ten Championships. Since 1982, Chmelka has been the program director and head coach for the Nebraska School of Gymnastics (NSG) boys team, producing such athletes as former Nebraska All-Americans Dusty Jakub, Blake Bukacek, Derek Leiter, Ryan McEwen, Burkett Powell and Jason Christie. NSG athletes have competed in the Junior Pan American Games, Junior Olympic Nationals, Olympic Festival and have traveled abroad for various competitions (Junior Pacific?Alliance Championships and USA vs. Canada).

Tanya Gifford is our head coach of the girls' program at NSG. She competed as a gymnast for NSG, attended the University of Oklahoma on a gymnastics scholarship, and has been a part of our program since graduation. 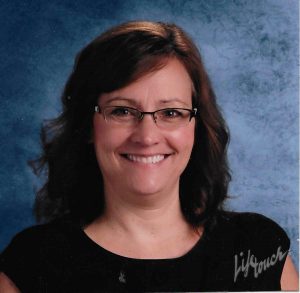 Kelly Mitchell is our business manager. She has been apart of our program since 2007 when both her daughters were competitive gymnasts with NSG.